Words can hardly describe the extend of cruel that were done to jewish people in Nazi Germany and in European countries occupied by them. Auschwitz, the concentration camp that will forever be the symbol of millionfold mass-murder, was liberated 75 years ago by the soviet Red Army. The memories of the Holocaust will always remind us of where anti-semitism and rassism will lead. 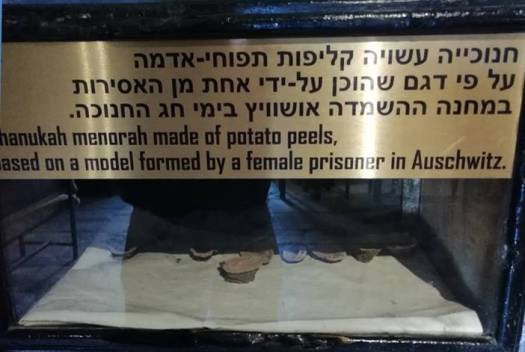 The old “Chamber of the Holocaust” at Mount Zion in Jerusalem

One of 75.000 “stumbling stones” placed in German cities to       comemorate the last address of Jewish people killed during the Holocaust.

2 thoughts on “Cruelty that stills makes me speechless”